* Boards 1 and 2 contested under the Basque system (ie. simultaneously).

The rapid match fell 5-3 to Bullwinkle, thanks not to the wily veterans but rather the club’s new generation, who played very well to compensate for mishaps elsewhere. Many thanks to Tyson Walker for organising the Gen Y team (plus venue and equipment) at short notice. The Bullwinkle mob proceeded to eat, drink and be merry at a post-match shindig wherein David Smerdon’s book on the Portuguese Variation was not quite resuscitated, and the group noun ‘a blunder of Nikolais’ was coined. 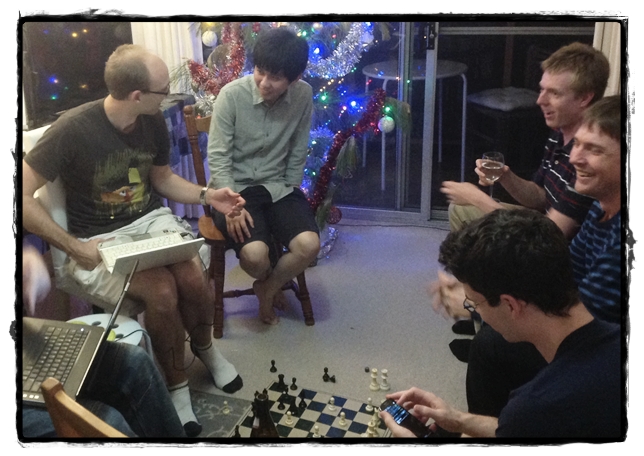 In the aftermath, attention turns to the Correspondence Refutation