Fewer boards, closer match. Bullwinkle staved off a late Redcliffe resurgence to remain undefeated in classical matches for 2014. Mark Stokes proposed that one of the Redcliffe v Bullwinkle stoushes in 2015 be contested under the Basque system; that is, with each set of opponents playing each other in two games simultaneously (one white, one black). Given that this sounded suitably chaotic, Bullwinkle declared itself ready, willing and (possibly) able. 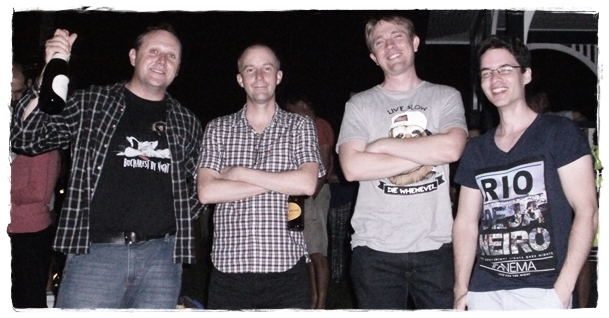 The brains trust looks forward to 2015 / Photo by Lavinia Poruschi