* Boards 1 and 2 played under the Basque system (ie. simultaneously): 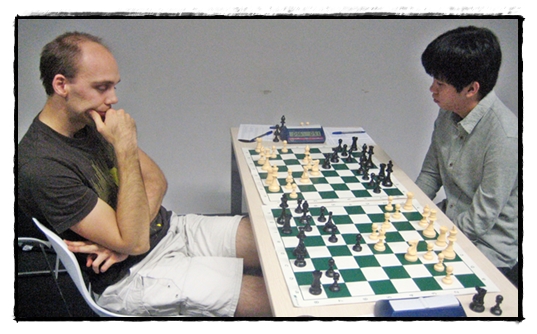 In a faultlessly executed piece of post-Christmas opportunism, Club Bullwinkle took on Gen Y in back-to-back matches (one rapid, one long), the highlight of which was the board one (and two!) showdown between David Smerdon and Moulthun Ly. The long match see-sawed and eventually was drawn, Bullwinkle’s younger contingent again coming to the rescue. In terms of personal milestones, the inimitable Kevin Casey made his much-anticipated long-format debut (having already notched 37 rapid games for the club). Founding member Jacob Edwards became the first Bullwinkle player to reach 100 long games.